Where To Watch The World Cup 2022 in Copenhagen

After last years dramatic and quite succesful danish participation in the European Championship that reminded Danes why we love football, and made those of us who can remember nostalgic for the summer of ’92 and our only EURO win, our expectations are high for this winters World Cup.

While the political beliefs of the host nation, and the knowledge of the working conditions for many of the migrant workers that have contributed to the stadium have left many Danes in a dilemma of whether or not to support the event, the general consensus seems to be; watching the games and supporting “our boys” while sharing news and concerns about Qatars political decisions with the people around you, and putting pressure on the people in power. Luckily, most sports bars have taken the same approach, and there should be plenty of options to choose from.

If you’re looking for a place to watch the games with the danish roliggans, who are known for their good spirits and calm nature (rolig means calm in danish), look no further than this guide. We’ve gathered a list of the best sportsbars and alternative locations, with each their own special vibes.

Ørsted Ølbar is by far our favorite, since they have more than 20 different taps filled with craft-beer and more than 200 bottles of the greatest beer. Indulge in their wide selection as you sit down in their comfy sofas, or when you challenge a friend to a game of foosball or just plainly take in the great atmosphere when some of the best soccer players in the world take the field all over Europe. Address: Nørre Farimagsgade 13, 1364 København K 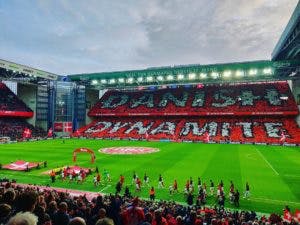 Den Glade Gris is by far the largest of the bars mentioned on this list. It’s not only a sports pub, but also a disco in two storeys which  are open when there are big sports events. That means, that the place can get quite chaotic, however, if your team wins, you can easily continue celebrating afterwards in the same place with your newly found local friends. Address: Lille Kannikestræde 3, 1170 København K

Pub & Sport is for the soccer enthusiasts who don’t want to miss out on anything. No matter where you’re located in the bar, you will be able to see a screen. At the same time, the place is also rather large and features several billiard tables, so you can take a break during half time and play a friendly game to see who’s buying the next round of beers. If you want to sit at a table, they recommend writing an email at least a day in advance to: [email protected] Address: Vester Voldgade 7, 1552 København V 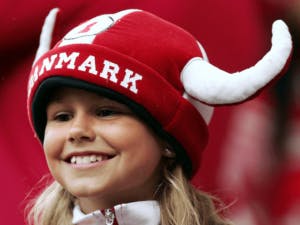 Guldhornene is the place to be if you just want to get out, but still want that homely feeling to your game – at least if you’re Danish. When you step into the pub, it’s like stepping into a classic Danish living-room, and you can bet they only serve traditional Danish beers like Carlsberg and Tuborg. It’s conveniently located right in the center of town like most of the other bars mentioned here, so sit down and enjoy that Danish rooligan feeling with the locals. Address: Vestergade 20A, 1456 København K

If you want to get as close to the actual stadium feeling as possible, and watch the game on a big screen, with a huge group of excited Danes, Bella Arena is your destination. The newly built stadium will show the danish games on a huge screen and host a preparty with quizzes, dj’s and merch before the actual game. The location in Amager is only a metroride away. Get your tickets here: https://billet.dbu.dk. Address: Bella Arena, 2300 København 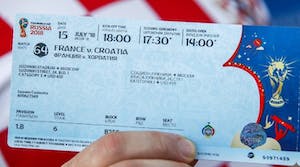 On Sønder Boulevard in Vesterbro lies Absalon, a church that has been turned into a student friendly café and community center. The place is lively all day long, as they go from  student hub and yoga studio in the daytime, to communal dining and party venue in the evening. Among many others things. In November the Danish Broadcasting Corporation (DR) moves their football studio to the old church, from which they will cover all the games. The games will also be shown on a large screen, and in order to facilitate a critical debate about the conditions in Qatar, the events are hosted in cooperation with Amnesty International who will host a talk about football and human rights. Address: Sønder Blvd. 73, 1720 København V

Vesterbro has always been something special and the Meat Packing District is no different. Plus it’s super easy and convenient to get there, since it’s only located 50 meters away from Copenhagen Central Station and the metro lines. Halmtorvet 9 is a festive venue that both hosts DJ parties, game nights and football events. This location is your go-to for something a little more hip than your usual sports bar. It is recommended to book a table, so go write them a message on Facebook: https://www.facebook.com/halmtorvet9. Address: Halmtorvet 11, 1700 København V