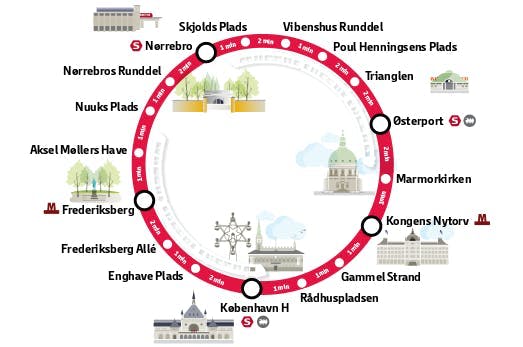 Finally, get ready to pop the champagne! After 8 years of waiting and 15.5 km of digging and construction work, Copenhagen’s brand new metro line The City Ring has been completed. Copenhageners know this have been a hugely bumpy ride with the ups – the art installations on the walls was really cool, and the downs – the delays we could have gone without. But without the delays, the archaeologists wouldn’t have uncovered new knowledge about our collective past! During the construction work, the metro workers discovered some skeletons, which initiated a huge archaeological discovery proving Copenhagen to be much older than we until they were done believed.

It’s not only in the understanding of Copenhagen’s past that the new metro line impacts us. The new metro line physically clenches Copenhagen’s many fantastic areas together, making it possible to experience more with its 17 new stations. All of them much cooler than the current ones, since they all highlight the identity of the area they’re located in an artsy way with their design. But what we’re looking forward the most is all the experiences these 17 new stations open up for. Since the new metro line first venture out on her maiden voyage this coming Sunday, on the 29th of September, we’ve explored the stations by other means of transportation so you know exactly what to experience and gathered 5 of the best experiences you can have with the City Ring in this blog post. 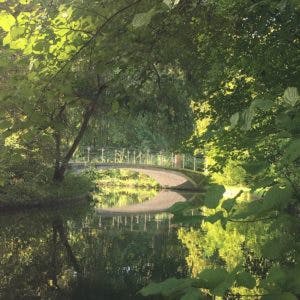 Located only a 5-minute walk from Enghave Plads (M) metro station, you’ll be able to join in ‘fællesspisning’ (family-style dinner) at the local favourite Folkehuset Absalon at 6PM. On Sundays, they do the same for breakfast and you know the best part? It only costs DKK50, and you can’t book a table – you just show up. But if you’re not hungry, this place located inside an old church is also extraordinary community space just to visit. It’s essentially an extension of your own living room with that homely feeling, just filled to the brink with new friends, table tennis, music, board games, food, dance, yoga, coffee, markets, parties, talks and everything in between. You can thank the Lajboschitz family for this incredible place (yes, you’re right if you think the name sounds familiar, this is the family that also created Flying Tiger of Copenhagen). 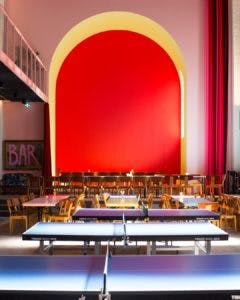 When you get off the metro line at Frederiksberg Allé (M) metro station, you could easily set yourself up for one of your best mornings ever. First, head to Hart Bakery – a bakery founded by Richard Hart who formerly worked at NOMA, and grab one of their mouth-watering pastries or bread and take it with you for a short walk to the absolute stunning Frederiksberg garden. Here take in the charming views of this romantic landscape garden and Frederiksberg Castle, which used to be used by the royals as their summer retreat. Get close to the outskirts of Copenhagen Zoo while you take it all in and don’t get surprised if you experience the exotic animals looking jealously at your pastry while you can give them a little smile. 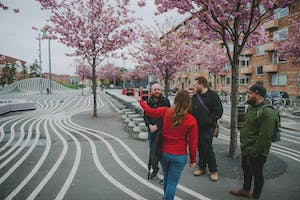 Get off the metro line at Nuuks Plads (M) metro station and explore one of the locals favourite areas that we mostly have had to ourselves until now. Walk up Jagtvej and head in and experience the beautiful cemetery, Assistens Cemetery, and wonder about the inappropriate ways Danes use this place before tipping your hat to the famous Danish fairy tale writer, Hans Christian Andersen, who rests here. Afterwards, head through Jægerborgsgade – an artisan shopping street with some of the most innovative concepts in the city – before indulging in a delicious porridge from the first porridge bar in the world, Grød. Down it with a delicious Lambic beer from the bar Koelschip that serve spontaneous fermented beers that you can take to the streets. Take it with you as you walk through the cutting-edge public park, Superkilen, made by a world-renowned architect and marvel at all the tokens from all around the world and go on a hunt to find if you can locate a token from your own country. 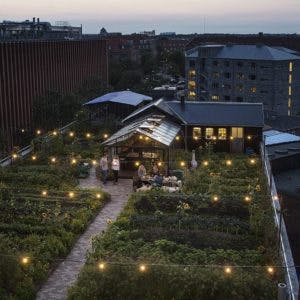 When you get off the metro line at Vibenshus Runddel (M) metro station, you have three cool choices to go and explore if you don’t want to explore it all. First, we would recommend to walk to Bolsjefabrikken – a public space taken over by graffiti artists, and admire the work and the feel of this alternative place of Copenhagen. Afterwards, you can walk 12 minutes to ØsterGRO – a rooftop farm located in the middle of a very busy urban part of town, that is beloved by locals and we just love their super cute farmhouse. As you head down again, walk 5 minutes to Fælledparken and walk through this historical park that have been so influential for Danish working conditions. Here, we also recommend to check out the parks cutting-edge playgrounds Tårnlegepladsen (Tower Playground) and Trafiklegepladsen (Traffic Playground) before heading past Parken – The Danish National Stadium and home to Copenhagen’s soccer team F.C. København and Copenhagen’s best Michelin restaurant, Geranium. 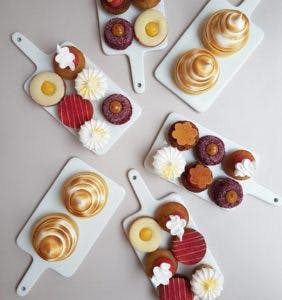 The Triangle of Sweets Hidden In Østerbro

When you get off the metro line at Trianglen (M) metro station, again you’re faced with some mouthwatering and picturesque choices if you don’t want to explore it all. First, we recommend you to head for a 3-minute walk to Leckerbaer – a conditor who attempt to reinvent the Danish butter cookie and does an excellent job at it with the most stunning creations, and take it with you as you walk 10-minutes to Olufsvej and Brumleby. Whereas, the first arguably is the most beautiful street in all of Copenhagen with its rainbow colored houses, Brumleby has this serene feel to it where you feel like you’re walking in a little quaint city. Exit Brumleby at Østerbrogade and head towards the café At The Counter – a café with sweet scrumptious delights from Copenhagen’s best bakery awarded by locals Juno The Bakery. Settle in and feel that elusive Danish concept of hygge and stay as long as you would like.